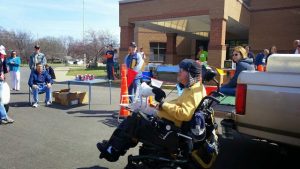 Thanks for all your support. The Sedalia Runners Club has discontinued this race.

Course:
The half marathon course was USATF certified (Course map). Paved, out and back, no major hills, primarily rural. The 5k was paved, no major hills.

The first mile is flat and in the city limits of Sedalia. Miles 1 to 4 contain inclines at 1.5 miles and at 3
miles. Miles 4.75 to 6.95 contain a slow decline. The turnaround is at 6.95 miles. From 6.95 to 9 miles, the course is a gradual incline. Mile 9 to 10 is rolling. Mile 10 to the finish is slightly rolling with the last
half-mile up a small grade. The finish is in the parking lot of the Elementary School. Expect country
scenery and a few cars along the way. The elevation change between high and low points is only 65 feet. 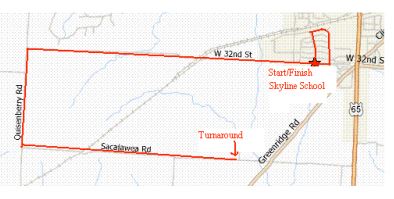